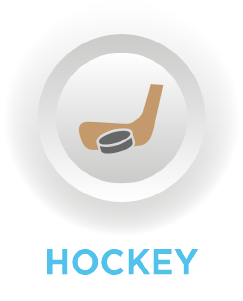 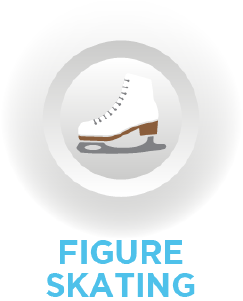 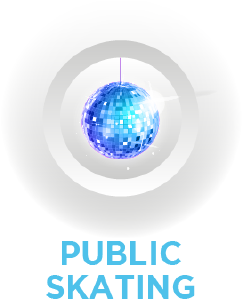 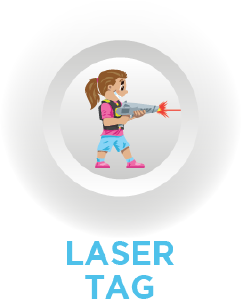 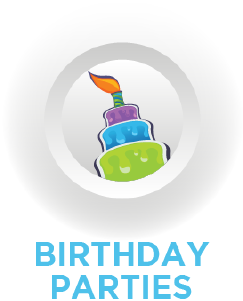 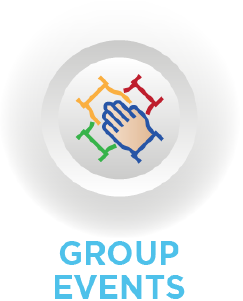 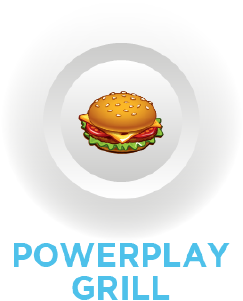 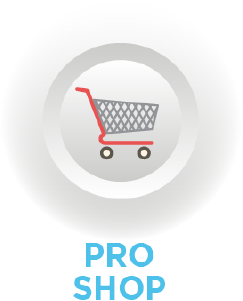 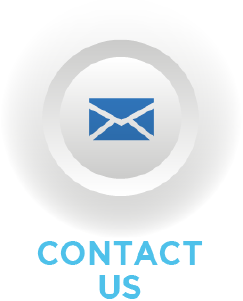 The instructors at the Ice Sports Forum Skating Academy are available for private as well as group lessons.  All of our staff instructors are highly qualified and are certified with the ISI or PSA.

Once skaters have passed Freestyle 1, private instruction is encouraged to enhance development.  Training ice time is available for skaters to have private lessons for a separate fee.  For more information, please email the Skating Director, Tommy Brannen.

The instructors at the Ice Sports Forum Skating Academy are availabe for private as well as group lessons.  All of our staff are qualified and are cerfified with the ISI or PSA.

Once skaters have passed Freestyle 1, private instruction is encouraged to enhance development.  Training ice time is available for skaters to have private lessons for a separate fee.  For more information, please email the Skating Director, Tommy Brannen.

Nikita hails from Russia and was a former Tampa Bay Lightning Player. He is the founder of A Plus Hockey Camp, as well as a two- time winner of KHL’s Gagarin Cups. “I incorporate European and American latest techniques to develop strong, technical hockey players. I train individuals, as well as teams.”

I am a USFS double Gold Medalist, professional performer in both skating and dance, and have been coaching since 2010. I specialize in edge quality, ice dancing and presence,posture, and performance. I also enjoy teaching edge work, turns, and specialized skating to beginning hockey players. Memberships include USFS and ISI (Gold).

Played 4 Years Division I NCAA for Providence College. Furthered my career to play 3 years pro. In the AHL, ECHL, and in the top league in Norway. I participated in 5 NHL camps: Toronto Maple Leafs (twice), Montreal Canadiens, Florida Panthers, and Anaheim Ducks. I specialize in skill development and train individuals at all levels, on and off the ice. I build specific programs catered to each player I work with; not only work on their weakness, but to exploit their strengths, and help build their hockey sense to make them a well-rounded player.

I have been coaching since 1998, but have over 27 years of professional show skating experience from performer to show director. I have coached skaters from preliminary to senior levels and have had a national showcase medalist. Memberships include ISI (Gold) and PSA.

I’m originally from Tampa, Florida and started my hockey career at the age of 6 at the United Skates of America playing roller hockey. Shortly after I was brought to the Ice Sports Forum in Brandon for a Summer camp field trip and fell in love with Ice Hockey. Then on, I was recruited to play for the Jr. Bulls (Squirt AA) team. I then went on to continue with the Jr. Bulls organization until my Midget years, while also being a part of the Plant High School Hockey Club. Moving forward, my hockey career began to speed up during my senior year of high school. I was gifted to accept a contract to play for the Tampa Bay Juniors Hockey Club. Developing tremendously I was able to make the America’s High School Hockey showcase team (Team Florida) where I was then recruited to play for the Islanders Hockey Club in the United States Premier Hockey League (Junior A
Tier 2) out in Tyngsboro, MA. With my goal set to play NCAA hockey the years of hard fought Juniors had finally paid off I had a few different offers from numerous colleges. Franklin Pierce University, Southern New Hampshire, Becker College, Assumption University, and I finally landed at Framingham State University. I would love to share my hockey knowledge with in-depth skating, shooting, and stick handling techniques with
the newest generation of hockey players today.

Mark Rosengard is from the Boston Massachusetts area, where he learned to skate on local ponds, and played hockey for multiple groups – culminating in playing for Tufts University from 1975 to 1979.  He was commissioned into the US Army upon his graduation from Tufts, and subsequently served for over 30 years.  During his time in the Army, Mark played for military hockey teams in Colorado, Washington DC, North Carolina, and Germany.  Since retiring from the Army in 2010, he has settled in the Tampa area, and has coached a number of groups in the region.  He is a decorated combat veteran, and brings leadership/mentorship skills to our rink, in addition to his multi-level experience as a hockey coach and goaltender.

I have been skating for over 35 years and starting coaching here in 2002. I performed for 17 years with professional shows including Disney on Ice and Advanced Ent. Productions. Coaching over 20 years, my students have tested through USFS Senior MIF & Freestyle, ISI 8.  I am currently coaching all levels and ages. Membership ISI (Gold), USFS , PSA (B.A.)

My coaching Philosophy incorporates attention to technical details without losing focus on the mental side of the game. On and off ice training is available with a focus on game time preparedness.

What we do off ice impacts how we perform on ice!

I grew up in the small city of Canandaigua, NY, located southeast of Rochester, NY, and made the move down south to Tampa in July 2012!
I spent my travel hockey career throughout the surrounding Rochester/Buffalo area. Member of the varsity team for 5 seasons at Canandaigua Academy where I graduated 6th all-time in career points. Attended/played 1 season at Monroe Community College (NJCAA), registering 31 points in 20 games (14th overall in League Scoring). Transferred to SUNY Cortland (Syracuse, NY) and played 2 seasons of A.C.H.A. Division 1, receiving Academic All-American honors my senior year and graduated with a bachelor’s degree in Sport Management.
I have over 7 years of coaching experience at various skill levels and age groups, most of which were spent volunteering for Beginning Hockey/Learn to Play at the local rink in Canandaigua, NY. Last season (2017-18) I was Head Coach for the Tampa Bay Crunch U10A and led the squad to the SFHL State Semi-finals.

Kristin has over 20 years of hockey experience including 4 years of NCAA hockey at The University of Southern Maine and prep school hockey at Tilton School in New Hampshire.  Her strong coaching skills, athletic background and years of playing experience has given her the ability develop players both on and off the ice.  Kristin currently coaches, runs hockey camps and offers private lessons.

Comprehensive Hockey Player Development for all ages and skill levels.

Certifications and Experience include:

I am originally from Bloominton, Mn and have been coaching for over 5 years.  I coached on both youth and the professional level which include 2 State Championship teams and  International Championships at Silver Sticks.  My focus is on skill development (puck control and stick handling).

I have been skating with the TGH Iceplex for over 19 years, competitive both ISI and USFS.  Professional member of ISI (Gold certified, Synchro certified) PSA, and USFS.  Coaching all ages and levels, specializing in figure skating, synchronized skating and hockey.
Contact: figsk8_avanvliet@hotmail.com

I have played AAA level hockey and have extensive knowledge on hockey mechanics and techniques.  I specialize in shooting and skating and like to incorporate strength and conditioning into all of my lessons and drills.  I also offer additional off ice training.

I began skating as a young child right here at the TGH Iceplex and I haven’t left the ice since!

In addition to coaching freestyle figure skating, I love teaching moves in the field, ice dance, synchronized skating, as well as training future hockey stars.  During my collegiate years, I had the privilege of competing from coast to coast for Miami University.  I welcome students of all ages and levels.

I started skating here at TGH Iceplex at the age of four.  I have over 16 years of competitive experience.  I am a USFS Gold Medalist and Regional Medalist.  I have extensive ballet and dance background.  I enjoy teaching all ages and levels.

I am a USFSA gold medalist. I have been instructing and performing professionally since 2000. My experience performing includes Holiday On Ice, Karen Kresge, and AEG – at Busch Gardens. As an instructor I have coached students from Learn to skate up to Senior Freestyle. As well as Learn to play hockey and power skating. I thoroughly enjoy teaching all levels and ages with the goal to guide and help each student aspire their ice skating dreams! I also specialize in flexibility, off-ice conditioning, and show skating 101.
Membership: ISI

I was a USFS competitor for 14 years through the Senior level.  I am a double gold medalist in Freestyle and Moves in the Field.  I coach all levels of figure skating ( USFS and ISI) and skating skills for hockey players.

I began teaching in Troy Ohio and continued my career in Oxford, Ohio at Miami University.  After years at Miami of Ohio, I returned to Troy were I was Skating Director until my move to Florida 10 years ago.

I’ve taught all levels including a Jr. International competitor.

I specialize in both group and private lessons for both Hockey and figure skating.

It’s been a lifelong blessing to help each and every student fulfill their personal goals.

Cindy is a dedicated coach specializing in power skating, edges, balance and agility.  She trains individual hockey players as well as teams, and is on the coaching staff of A Plus Hockey Camp.  Her attention to detail helps develop and motivate players to become stronger, faster and more successful.

I have been skating for over 20 years here in the Tampa Bay area. I have competed both ISI and USFS. I had the privilege to compete for Miami University on their freestyle and synchronized skating teams. I love to teach figure skating but I also enjoy teaching edgework, synchronized and hockey skating. I also am a certified elementary school teacher which has taught me how to effectively communicate with children and help them reach their goals both on and off the ice. My main goal as a coach is to make sure your child is not only progressing but having fun!
Memberships: ISI